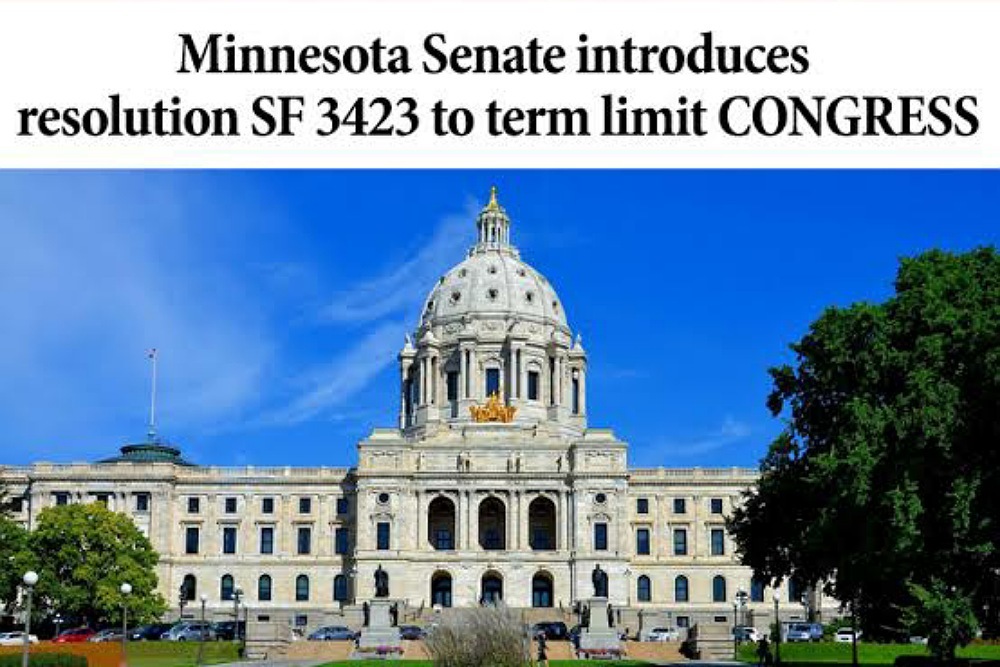 On February 20th, Senators Draheim, Jensen, Koran, and Rarick introduced SF 3423 calling for Minnesota to participate in a national initiative for the states to propose a congressional term limits amendment to the U.S. Constitution. The effort is being spearheaded by the nonpartisan, nonprofit U.S. Term Limits.

SF 3423 is expected to advance to the Senate Judiciary and Public Safety Finance and Policy Committee.

Once the resolution passes both chambers of the legislature, Minnesota will have the distinction of being among the first states in the nation to file an application for the states to convene for the exclusive purpose of proposing term limits on the U.S. Congress. When 34 state legislatures pass similar resolutions on the topic and subsequently approve the term limits amendment, it must be ratified by 38 states to become part of the U.S. Constitution.